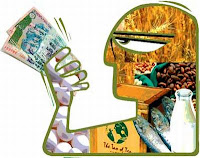 
*Per capita income is the earnings of each Indian if the national income is evenly divided among the country’s population of around 120 crore. It is an important indicator of overall prosperity in the country.


This change might have some impact on blog traffic as country specific domains appear more in local search. So if you blog had lot of global audience then you might see some drop in google search traffic.


Best of luck to all of us!

Chartered Financial Analyst, popularly known as CFA, is a professional designation given by the CFA Institute that measures the competence and integrity of financial analysts.
Candidates are required to pass three levels (I, II, III) of exams covering areas such as accounting, economics, ethics, money management and security analysis.
The Level 1 mainly focuses on the tools and inputs, in addition to an introduction to asset valuation, portfolio management techniques and financial statement analysis.
Use the link to download Level 1 study materials for Economics, Corporate Finance & Portfolio Managment, Financial Reporting & Analysis, Ethical & Quantitative Methods, Fixed Incomes, Derivatives & Alternative Investments: 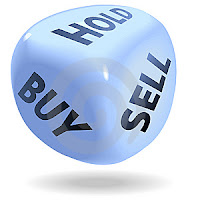 Indian Stock Markets have delivered phenomenal return of around 23% in January alone. In this one month the Indian rupee has appreciated by 8.5% (from 54 to 49.50 as on 27th Jan 2012) while Nifty index has moved up 14.5% during the same period (from the lows of 5440 to 5200) generating a total return of 23% in dollar terms.
Considering the above fact InvestorZclub feels that the rally is about end soon and the upside from these level is not significant. Hence InvestorZclub is recommending the following trade:
Trade: Sell NIFTY 5500 Feb Call at the current market premium of Rs.18
Return from this trading strategy:

The company had posted a net profit of Rs 301 crore in the corresponding quarter of the previous financial year.


Net sales of the company, however, grew 22% to Rs 862 crore compared to Rs 709 crore in the same period last fiscal.

High dividend yield stocks offer a safe haven to investors where safety has greater priority compared to high returns. Hence, even if the market remains volatile, going ahead, an investor can still get a decent return on investment, thanks to good dividend yielding stocks. The dividends are paid no matter what direction the stocks move and can provide a higher yield on investment in a weak market.
Following is a list of good quality, consistent, and high dividend paying stocks in India that one can look at for investment in 2012. 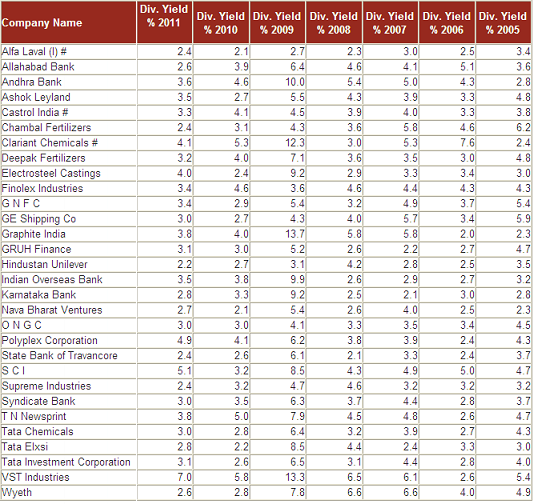 Download the results press releases from the following link: 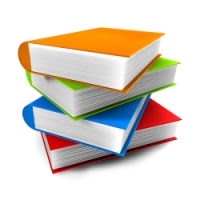 NCFM certifications are industry standard, recognized by Securities & Exchange Board of India (SEBI) and are  compulsory for persons working in Financial Markets. Thousands of employers nationwide recognize the value of NCFM Certifications.
NCFM certification helps you to get jobs for various positions like Terminal Operator, Stock Broking Dealer, Financial Analyst, Business Development Executive, Relationship Manager, Financial Products Seller, Stock Analyst, Investment Analyst, Equity Research Analyst, Fund Manager, Asset Manager, and Process Associate (BPO) and as Domain Expert in software companies & various organizations.
The study materials for each of the module is given below:

Warren Buffett along with Ajit Jain talks about investments, strategies and how to be an attractive person in the following very interesting interview.
Ajit Jain looks after the insurance business of Berkshire Hathaway.
﻿ 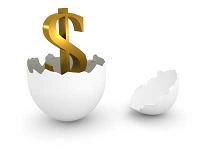 During uncertain times dividends provide tangibility to paper assets (stocks) and protect it from catastrophic crashes. Following are some of the high quality companies in US available at attractive dividend yields.
These companies have consistently increased dividend in past 10 years and are expected to do so in future as well.
Kimberly-Clark, Philip Morris , Johnson & Johnson (JNJ), Abbott Laboratories , Procter & Gamble(PG), PepsiCo, McDonald’s Corporation, Colgate-Palmolive, 3M Company, Wal-Mart Stores. 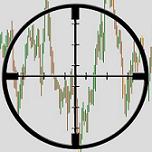 The recent developments in the stock market globally suggest that we are amidst a short term rally. Indian stock markets too witnessing some buying interest because of global rally and rupee appreciation against USD.
Considering this InvestorZclub is recommending following trade:
Trade: Sell Reliance Industries (RIL) Jan 640 Put at Rs. 2.00 premium 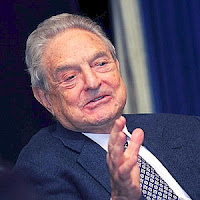 George Soros, the billionaire investor, believes that the gold which is in super bubble phase since past 11 years could crash and go into bear market when the bubble bursts.
George Soros of Soros Fund Management, has networth of $22 billion as per Forbes billionaire list 2011.
Check out the following video of George Soros on gold. 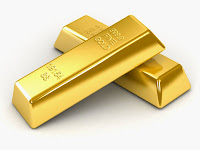 Investors who invested in gold at the start of 2011 has pocketed very handsome return in 1 year as the yellow metal has delivered 32% absolute return in Indian currency in 2011 in contrast to equities which delivered negative return (-25%) in India.
Now the million dollar question is Can gold, which has been in solid bull market since last 10 years, deliver superior returns in 2012 as well?
To answer this question lets look at both the fundamental and technical aspects of the metal.
Fundamental view:
1) The global physical demand (consumption led demand) for gold has come down significantly in past 1 year due to unaffordable high prices. Gold imports by India, the world's top consumer, plunged 56% to 125 tonnes in the fourth quarter (Oct-Dec) of 2011 (the peak festive season), cutting full-year imports by 8.4%. India imported about 878 tonnes of gold in 2011, down from 958 tonnes in 2010 according to Bombay Bullion Association.
2) The jewellery sales have come down significantly and the share of investment demand in total demand has risen to 35% in 2011 compared to 22.6% in 2010 which clearly suggest that fundamentals of gold has deteriorated significantly due to poor consumption led demand.
3) High gold prices, coupled with very high interest rates and tight liquidity in India have led to Indians selling some of their gold coins and bars which in turn as increased the supply situation in India.
4) Due to year on year increase in gold prices since last 10 years, the old as well as new mining companies are mining more gold than ever which is leading to an oversupply situation for the metal globally.
5) US economy is expected to do much better in 2012 which will make US dollar expensive vis a vis other currencies and the counties which diversified to gold as alternative reserve will again shift focus to USD reserve. Hence the physical demand from countries reserve banks will also be low in 2012.
6) Gold being a non productive asset has very thin margin of safety in case the actual consumption led demand comes down.
Technical View:
1) The gold price has corrected by around 20% from the peak of $1920 in USD terms.
2) The gold chart is making lower tops and lower bottom since past few months.
3) The band in which the gold price was largely moving (as shown in chart below) seems to have been broken on the downside. If gold price continue to stay below $1600 for next few days the violation of the band would be confirmed and the gold price could start heading southward

So considering the above factors it seems that the yellow metal could loose some of its shine in 2012 and might not be a good asset class for investment this year.
Newer Posts Older Posts Home
Subscribe to: Posts (Atom)